I don’t want to be on Meds | What if I am Pre-Diabetic?

You might have heard about a serious lifestyle disease called type II diabetes, and you might know that it’s bad, but you may not know why it’s bad, and that the key to beating this chronic condition is to know why it happens, how it develops, and that you hold the power to control it.

Type II diabetes can lead to serious complications including amputation, cardiovascular disease, kidney failure, ulcers, eye and vision damage, and an increased risk of death.
It is a disease that occurs when your cells become insulin resistant leaving blood glucose, also called blood sugar, too high.
Blood glucose comes primarily from the food you eat and is the body’s primary source of energy. . Insulin, a hormone made in the pancreas, helps glucose to get into your cells to be used for energy. With type II diabetes, the body is no longer responding to insulin, or becomes insulin resistant, which causes too much glucose to remain in the blood, and not enough glucose can get into the cells.
This is how chronic high fasting blood glucose, or high fasting blood sugar develops. Prediabetes is where cells are starting to become insulin resistant causing fasting blood sugar levels to be higher than normal, but not high enough yet to be diagnosed as type II diabetes.
Of those adults with prediabetes, it’s estimated that more than 80% don’t even know they have it.1 It is possible to have pre-diabetes for years with subtle symptoms like fatigue and weight gain, so it often goes undetected until more serious health complications begin to appear with the development of type II diabetes.
The two biggest factors of type II diabetes are genetics and lifestyle. If your body is not responding to insulin the way it should, a combination of these factors could be causing insulin resistance which leads to type II diabetes. Insulin resistance has the greatest risk of developing into T2 diabetes. 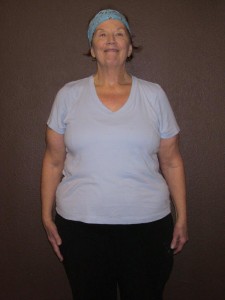 It is important to note that although diabetes can be hereditary, that doesn’t necessarily mean that you will develop the disease. Instead, it means that you simply have a greater risk of developing it, but this can be easily avoided. Lifestyle choices have been shown to have a significant impact on type II diabetes, and the vast majority of pre-diabetes cases.
For example, a patient may have a genetic mutation that makes them vulnerable to type II diabetes. However, if the patient makes appropriate lifestyle choices like eating healthy, exercising regularly and reducing their stress, they are much more likely to avoid developing the disease at all.
This is why lifestyle choices are absolutely crucial to your well-being and can ultimately save your life.
Interested in Learning More?
1Prediabetes – Your Chance to Prevent Type 2 Diabetes. (2020, January 08). Retrieved May 05, 2020, from https://www.cdc.gov/diabetes/basics/prediabetes.html
2Uusitupa, M. (2002, September 01). Lifestyles Matter in the Prevention of Type 2 Diabetes. Retrieved May 05, 2020, from https://care.diabetesjournals.org/content/25/9/1650.
← Previous Next →